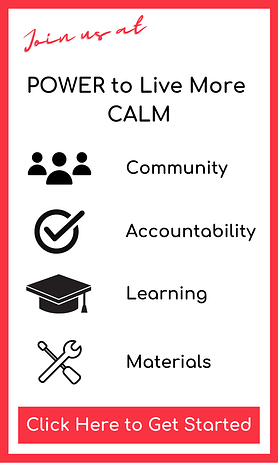 10 Ways to Practise Minimalism in Your Business

There’s lots of talk at the moment on the whole topic about decluttering and, as part of that, about digital minimalism, or at least reducing your reliance and activity around digital.

As part of my 2nd Fundamental of Simplify, I think decluttering generally is important and that’s physical, mental, as well as digital.

Today I’m going to focus on some thoughts around how you can declutter your digital activity in relation to your smartphone.

I find that many people are slaves to their notifications on their phone. Things are always dinging, pinging and popping up on their phone!

I tend to use my smartphone as a place to text message, so I have WhatsApp,  Facebook Messenger, and all the other instant messaging apps on my phone and I purposely don’t have them on my computer.

I do use Slack on my laptop, because it’s easy to type into that when I have certain, more comprehensive messages that I want to add on to the platform, but I don’t have the notifications set up on there. So, when I do get messages come through, I only get notified that I’ve got them when I’m looking at my phone. They don’t show on my computer so that I don’t get distracted when I’m working on my laptop.

But I still don’t have many notifications set up on my phone, because that can be really distracting.

Another point to bear in mind when using notifications on your phone is that the more you have popping up on your phone, the less you pay attention to them.

A good example of that is, recently I’ve noticed that because I have set up quite a few reminders on my calendar for things like starting my evening routine or our ‘evening aperitif’, as we like to call it, because the calendar notifications keep popping up I tend to get blinded to them and I ignore them. And what that’s meant recently is that I’ve missed some actual appointments by mistake!

We were supposed to be watching a talk online last weekend and I forgot what time it started, thinking it was 30 minutes later than it actually was. I had a calendar entry set with a reminder but, because I’m starting to ignore my calendar notifications – as there are so many popping up that don’t ‘matter’, we missed the first 30 minutes of the talk!

So, you need to be really discerning about when you’ve got those notifications switched on!

One of the other issues with notifications is people just being distracted by them too much. I purposely don’t have my ringer turned on on my phone because I don’t like that distracting me, especially as I don’t like phone calls that I haven’t planned. But it also means that I don’t have the distraction of the rings, beeps and other noises that come from your phone when things happen.

Having said that, it then relies on me looking at my phone to see stuff because I haven’t got the audio notifications switched on. So, as ever with this stuff, it’s really important to be really self aware and work out what works best for you and your work style.

For many people, I think there is a need to break that habit of checking notifications and checking their phone all day because it can really get in the way of being productive. So I’ve got five suggestions for you in terms of being able to break the habit of checking your phone on a ‘too often’ basis.

1. Stick To A Schedule

Decide how often during the day you’re going to check your phone and stick to that schedule. So, you can start with 15 or 30 minute increments for checking your email or your social media, and you can stretch that out once you get used to it, so that you’re not constantly checking your phone.

One of the things I do with my email is that I don’t have the inbox open all day, I have it paused using ‘Boomerang‘. I only open everything up once a day so that I don’t respond to my emails in the moment and they don’t distract me.

I’ve said already that I don’t have the sound turned on on my phone to stop me being distracted but I do have my phone propped up on my desk next to me when I’m working so I can I check my notifications, but I don’t go in and check my email or anything more in depth throughout the day.

And that’s why I need to get discerning about my notifications so that the things that do pop up are the important things that I need to see, and the rest of it I don’t see until I intentionally go into that particular tool to have a look at it.

As I’ve said I carve out some time to admin my emails each day but I don’t reply reactively. My POWER to Live More CALM members get quicker access to me via our Slack group.

Switch off notifications, where possible, so you’re not bombarded with interruptions from your social media or other places. As I said I keep my notifications on for instant messaging because those are the things that I deem to be important to me.

Mind you, I don’t have any notifications switched on for any of the social media platforms. I only see what’s on them when I actually physically go into those platforms.

So, I’m intentionally having only certain notifications on my phone including my calendar, for appointments.

You can really reduce your distractions if you take as many of those notifications off as possible and, as I’ve said already, what tends to happen is you download an app and it pops up and asks you if you want to have notifications turned on and you tend to just say yes because it’s a quick thing to do without thinking.

My advice is to actually stop and think and decide whether you do want them turned on or automatically say no to all of them. And then just go later and turn those on that you need as you reach that conclusion!

A lot of the time, we pick up our phone because we’ve got stuff on our phones that is distracting: things that we can mess around with and read and fiddle around with when we’re trying to procrastinate on other things.

If you want to be really intentional about how you use your phone, removing some of those apps might be the way to go.

One of the interesting things that happens in our house is that my Mother in Law (she lives next door) has the BBC news app on her phone and she has the sound notifications on her phone turned on. Often we’re having dinner or conversation or watching a film, and the news alert sound goes off (it’s the one that you hear when you’re watching the news on telly – to sound dramatic).

And, of course, immediately we’re all thinking, “what’s happened, what dramatic thing’s happened?” More often than not it’s some football news!

Occasionally it’s some serious breaking news. But mostly, it’s distracting and sufficiently distracting that we ask her what the news is and sometimes I even end up looking on my own phone, even though I don’t have the notification set up, to see what the latest news is that’s just beeped on her phone.

If that’s not a sign of being distracted by apps on your phone (and in this case on someone else’s), I don’t know what it is!

So think about what you need on your phone.

I don’t have Facebook on my phone anymore. I only go to Facebook on my iPad now and I generally check it only once a day, which has made a big difference to the amount of time I’m spending in the platform.

Whereas when it was on my phone, it was something that I looked at much more frequently and, often, as a distraction or for procrastinating purposes! If I’d had notifications turned on, it would have been even worse.

4. Keep your Device Away From Your Bed

Your phone doesn’t have to be the last thing that you see before you go to sleep or the first thing that you read when you wake up in the morning. To avoid that you could use a good old fashioned alarm clock rather than using your phone.

However, as with many tips related to productivity, I think this is quite personal in terms of what works for you. I do check my phone when I first get up in the morning. I’m a night bird and I take some time to get going in the mornings. During that time, I like to see the lay of the land, see what’s happened overnight, as I often work with international clients. It’s good to see the sort of communication that’s come in, when I first wake up, before I think about what I’m going to do for the day.

I don’t think there’s a hard and fast rule for this but I do think you need to be intentional about what works for you and be mindful of what isn’t working. So, just because you’re doing it doesn’t necessarily mean it’s working, and ensure you review that on a constant basis.

5. Use a Smart Speaker

If you’ve got a smart speaker like Alexa or Google, or whatever it’s called, it can be really helpful in order to turn on music or podcasts or other things through the day without you actually having to look or touch at your phone. And, although you could argue you can distract yourself by using your smart speaker, it’s much harder to do so.

So, yes, you can ask your smart speaker what the weather is and things like that, but you’re not going to do that and then just ‘flick’ on to something else and get distracted by that before going into another another app to play a game, or whatever, because that’s not how it works!

So, using a smart speaker can be a really good way of getting the information that you want and music you want to play without actually picking up your phone, which is when the distraction starts to happen.

I think overall the longer your phone is out of your hands during the day, the more productive you are.

Hopefully these tips will help you to think more intentionally about how you’re using your smartphone and how you can reduce some of your digital distractions, by not using – or not using – notifications.

5 Ways to Control Your Inbox

As a business owner, you might be finding yourself swamped by emails. Your business is complex with comms coming at END_OF_DOCUMENT_TOKEN_TO_BE_REPLACED

Reframe Your Thinking with Positive Quotes

In today’s digital society, social media has become an essential part of everyone’s life. Many people use social media to END_OF_DOCUMENT_TOKEN_TO_BE_REPLACED